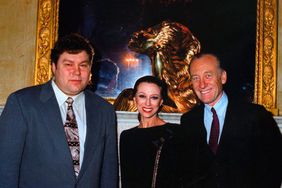 The husband of Ballerina – the Russian composer Rodion Shchedrin was the mover of the idea to install the monument in Moscow. He took active participation at all stages of monument preparation. Also, the Ministry of Culture of the Russian Federation helped with the formalities to make the idea of monument erecting possible. The foundation of Alisher Usmanov “Culture, Science and Sport” gave the necessary financial funds to realize this project. The sculptor Viktor Mitroshin himself gave his earning as a contribution to the erecting of the Monument.

The date of Maya Plisetskaya monument opening – November, 20 – would be the 91 birthday of ballerina. Rodion Shchedrin – the husband of Maya Plisetskaya, the artists of the Bolshoy Theatre and the Minister of Culture of Russia Vladimir Medinsky take part at the official ceremony in Moscow.