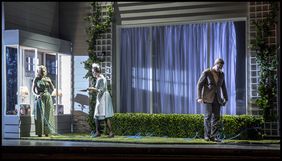 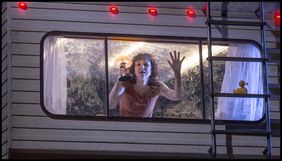 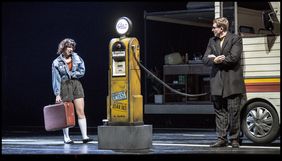 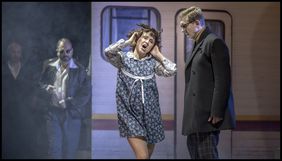 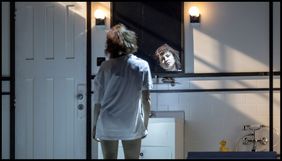 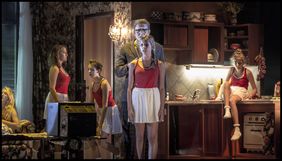 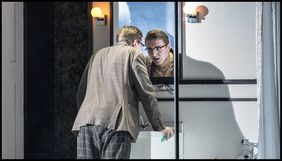 On 13, 15 and 24 February under the baton of Valery Gergiev the Mariinsky Theatre will be presenting the St Petersburg premiere of Rodion Shchedrin's opera Lolita after the eponymous novel by Vladimir Nabokov. The Mariinsky-II will host the production by the National Opera of Prague, premiered in October this year.

The decision to transfer the production from Prague is not by chance – Shchedrin has a long-standing history of friendship and collaboration with the Mariinsky Theatre, and Lolita is the only opera by the composer that has not yet been performed in full at the theatre. The Prague production features the choice of the libretto in Russian (the original libretto by the composer), and the title role is to be performed by Pelageya Kurennaya, one of the Mariinsky Theatre's greatest singers.

Despite the success at the world premiere in Stockholm in 1994 and subsequent successful productions in Russia and Germany, Sláva Daubnerová's production for the Prague Opera remains just the fourth stage version of Shchedrin's score. There were complex relationships with Hollywood, which had purchased all rights to the novel until 1998, and there was the demanding issue of casting for the leading roles, which require incredible powers of tenacity and musical duracity for the role of Humbert, also needing from the performer of the role of Lolita – most often an adult artiste – a multiplicity of acting skills and transformation into a teenage girl.

In his production, stage director Sláva Daubnerová does not digress from Nabokov's plot, he simply alters the time period to the 1960s-70s. Scrupulously reproducing the elements of the age, the production designer Boris Kudlička has designed Iolanta at the Mariinsky Theatre for Mariusz Treliński, and costume designer Natalia Kitamikado follows the intense and quickly changing tempi and tonalities of the score. The revolving sets transport the audience from one room to another, while the constantly changing video-projections increase the growing feeling of anxiety. "But the music is fantastic and the new production in Prague is a beauty, dark and foreboding, a noir nightmare brought to vivid, disturbing life by a first-rate team" – this was how the publication Bachtrack wrote of the production.

This is what Shchedrin's opera is all about. "It seems to me that Nabokov's book is one of the greatest written in the 20th century. Its nucleus and everything surrounding it is ideally suited for interpretation in the genre of opera. For me, Lolita is an attempt to sense, understand and reveal what beauty is, what the draw of femininity and beauty are," the composer says.