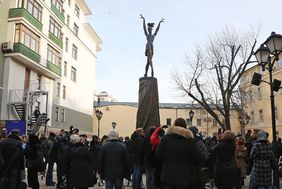 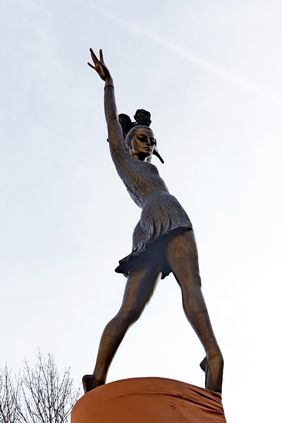 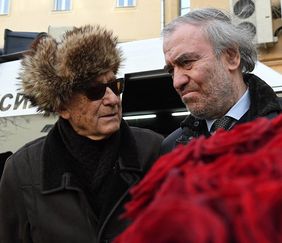 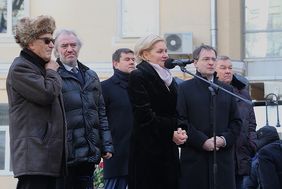 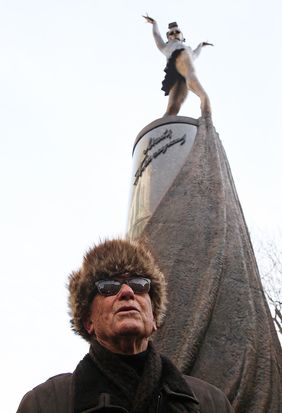 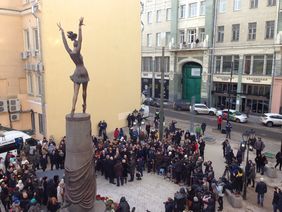 The monument to Maya Plisetskaya was opened in Moscow on the birthday of the great ballerina, November the 20th 2016. The official function took place in Bolshaya Dmitrovka street in the square named after Maya Plisetskaya in accompanied by the sounds of the worldwide known “Carmen Suite” written by her husband and composer Rodion Shchedrin.

The opening of the monument to Maya Plisetskaya – the leading figure in Russian ballet – is a good possibility to speak about the feeling of loneliness that the whole country has had after the sad news. One and a half years ago, one wanted to cry when we all heard that the great heart of Maya Plisetskaya stopped beating in one of the hospitals in Munich. The time between the arrival of the sad news and the date of monument opening was a good possibility for the ballet audience to settle down and acknowledge whom we all have lost and who is the person whose monument stands now in the heart of Moscow, only several hundred meters from Bolshoi Theatre.

It is typical for the Russian people and the life of Russians to put on a pedestal two types of notable persons: besides the figures from the politics the people choose great artists. It can sound strange but so it is in Russia and so it came that Alla Pugacheva became in icon of pop stage and Maya Plisetskaya the icon of the classical art. She was all the time with the people. She came into the houses from the tv screens of the central television that at some moment showed her performances more and more. She came to the houses from newspapers and to the theatre audience through skyhigh prices for the tickets that one could only buy from the fly-by-night-operators. Radiostations made interviews with her and in smoking rooms people discussed every new first night of Maya Plisetskaya.

The country was not only proud of her the people of the country lived with her, celebrating every success of the great ballerina.   She was the leading personality who claimed the Russian state in ballet and culture world. At the opening ceremony several hundred people and  the vice prime minister Olga Golodets, Culture minister of Russia Vladimir Medinsky, the director of the Mariinsky Theatre Valery Gergiev, the director of the Bolshoi Theatre Vladimir Urin, and the head of the department of the cultural heritage of Moscow Alexei Emel’janow.