Carmen Suite and Naughty Limericks in the Mariinsky Theatre 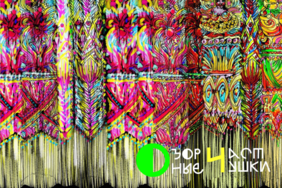 The dance incarnation of “Naughty Limericks” first appeared on the stage of the Mariinsky Theater in the mid-1960s: choreographer Leonid Yakobson composed the miniature "Malyavinsky Women" to the music of Rodion Shchedrin's recently written concerto for orchestra. Specially for the birthday of the composer, the Ballet Theater, which today bears the name of Leonid Yakobson, is preparing a new choreographic interpretation of this music. The author of the new performance is Vyacheslav Samodurov. In the past, the premiere of the Mariinsky Ballet Company, and now one of the most successful and sought-after Russian choreographers, he will present his work as a choreographer on the stage of his native theater for the first time.

In interpreting Shchedrin's music, the key for him was not the folklore intonations with which the score of “Naughty Limericks” is saturated, but the texture of this composition. Rodion Shchedrin calls his concert "essentially a toccata", that is, a virtuoso piece in fast movement and clear rhythm, ideal for demonstrating the technical capabilities of the performers. Its musical fabric is made up of many motives in which almost every orchestra member gets the opportunity to “speak out” solo. Samodurov skillfully reflects the puzzle of such polyphony and the roll call of many instruments in the choreographic composition. He figured out how to find space for dancing both soloists and corps de ballet in a series of rapidly changing musical themes. “It turned out to be an allegro ballet without a single slowdown,” says the choreographer. “The main thing with Shchedrin is humor, energy, pressure, and the dancers grabbed them.” The dance drive of the new production is supported by bold color contrasts in costumes and stage design by Anastasia Nefyodova.