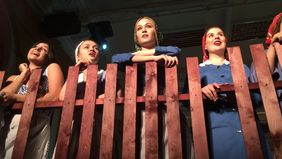 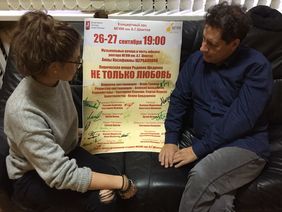 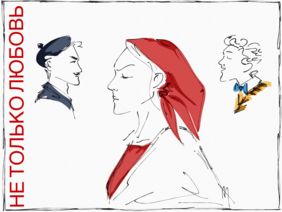 The students of the Music Academy of A. Schnittke Performed the opera of Rodion Shchedrin “Not Love Alone” at the start of the new Year.

The full Video of the staging can be seen here: https://www.youtube.com/watch?v=rcVw0KjdYHA&feature=youtu.be

The plot of the opera is based on the tales of Sergey Antonov with some chastushkas and is dedicated to his wife – the great ballerina – Maya Plisetskaya. “I am writing on a Evgeny Onegin from a collective farm” said the author 1961 and compared the singer of the main role not only with Tatiana from Onegin, but also with Carmen as Not love alone is a story about love and not a melodrama as some might have thought.

It has been played not only in Moscow, but in some cities around Russia, but after some time disappeared from the stages. Nevertheless in the last years the opera enjoys its comeback and was performed numerous times in Russia and abroad.